Abruzzo is a land rich in beauty, history, gastronomic tradition. Among the typical products there are certainly cured meats. The consumption of these meat products, in particular pork, has a long history that starts from Roman civilization and reaches our days. In this article we will talk about some typical Abruzzo’s cured meats, tasty products, prepared according to very old recipes and deeply connected with traditions. In particular, we will talk about the three cold cuts that you can taste during our tours: ventricina vastese, capocollo and lonza. 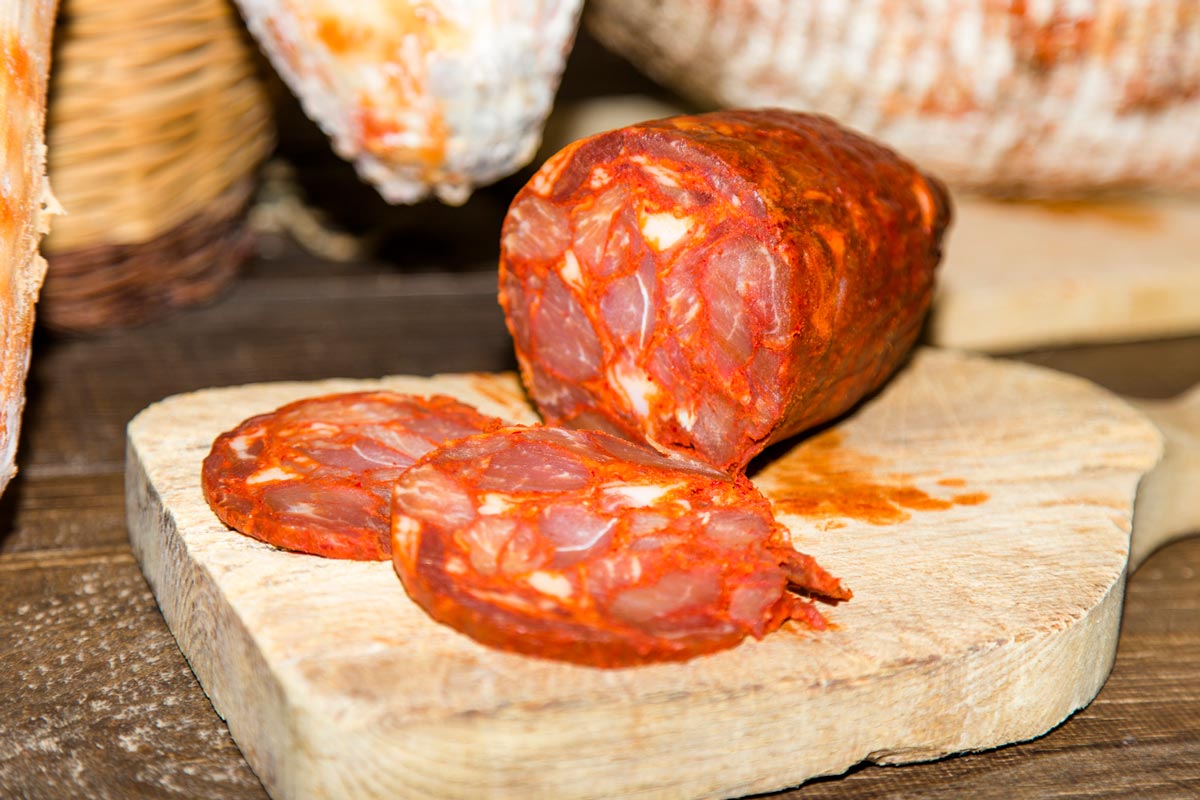 The Ventricina produced in the province of Vasto should not be confused with that one produced in the province of Teramo, soft and spreadable due to high fat content. It is an ancient salami, rich in history, a symbol of the peasant tradition. The production area is hilly and foothill, next to Trigno and Sinello rivers. Once the ventricina was homemade.  It was a source of protein all the year round, perfect for slicing on special occasions or as a show of gratituide. Today it is one of the most appreciated cold cuts of our land and a gastronomy experience to try. How is it made? The ventricina vastese is obtained from the legs, loin and shoulders of the pig, seasoned with salt and sweet pepper in equal measure and in some cases with wild fennel and a splash of pepper. The pepper powder is obtained by drying for a couple of days the red peppers, small and sweet from the country of Altino. 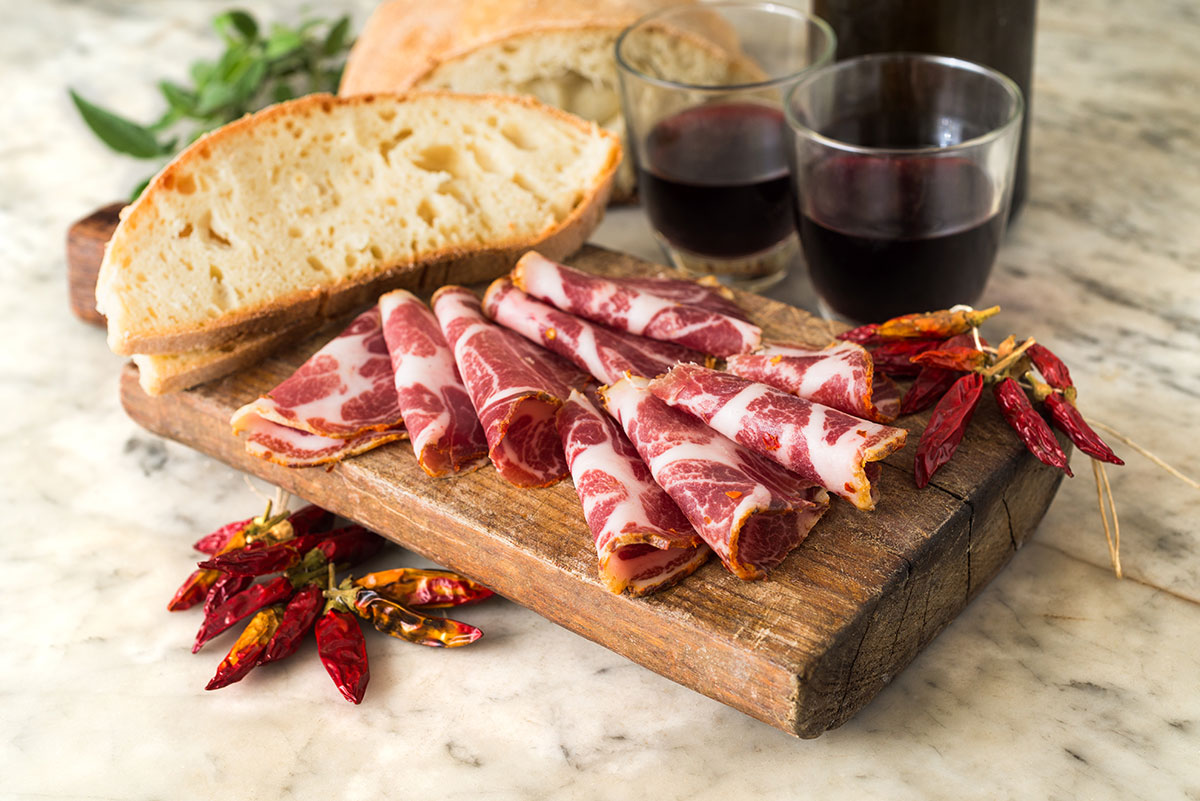 Capocollo is a salami typical of centre Italy, very common also in Abruzzo. As for other sausages of the area, the ancient origin is the result of the double requirement to use all parts of the pig and to consume as much as possible energy food, easily preserved during the long period of transhumance of the shepherds. Capocollo, in particular, is obtained from the neck of the pig, the zone between the head and the loin (from wich the loin is obtained). Unlike the latter, the capocollo is made with tender meat that requires a much longer cooking. Also the taste is different: the capocollo is much more similar to the red meat.

The pork loin is one of the slimmest cold cuts ever. It is made from pork loin, which is coated with the guts of the pig, tied all around with a string of medium caliber, dried up hanging, initially to the smoke of the fireplace, and then in a room free of moisture for the actual seasoning. Has a length of at least 30 cm and a variable diameter around 10 cm. It has a garnet red meat and a grain of fat in full balance with the lean part. It is one of the cold cuts that appears in the appetizer typical of Abruzzo.

Do you want to experience Abruzzo like a local in the heart of one of Italy’s most suggestive regions and take hands-on cooking lessons where you will learn regional specialties and traditional Italian dishes? Abruzzo Cibus Culinary tours offers seven-day exclusive tours based from a family-owned historical palace. Book now!

Have fun at our one week Italian cooking classes!